First Year Seminar "You Are Being Played" 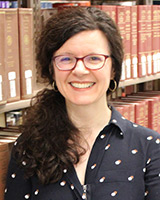 Check out these resources for quick overviews/refreshers on how to find things through the library.

Welcome to this library and research guide for FYS *101*O / You Are Being Played, taught by Dr. Dan Nuckols. In this guide, you will find library resources discussed in class, useful links, and other information related to library research.