We have passed through a year of struggle, anxiety & prayer, but, at the same time, one of comparative success. . . . 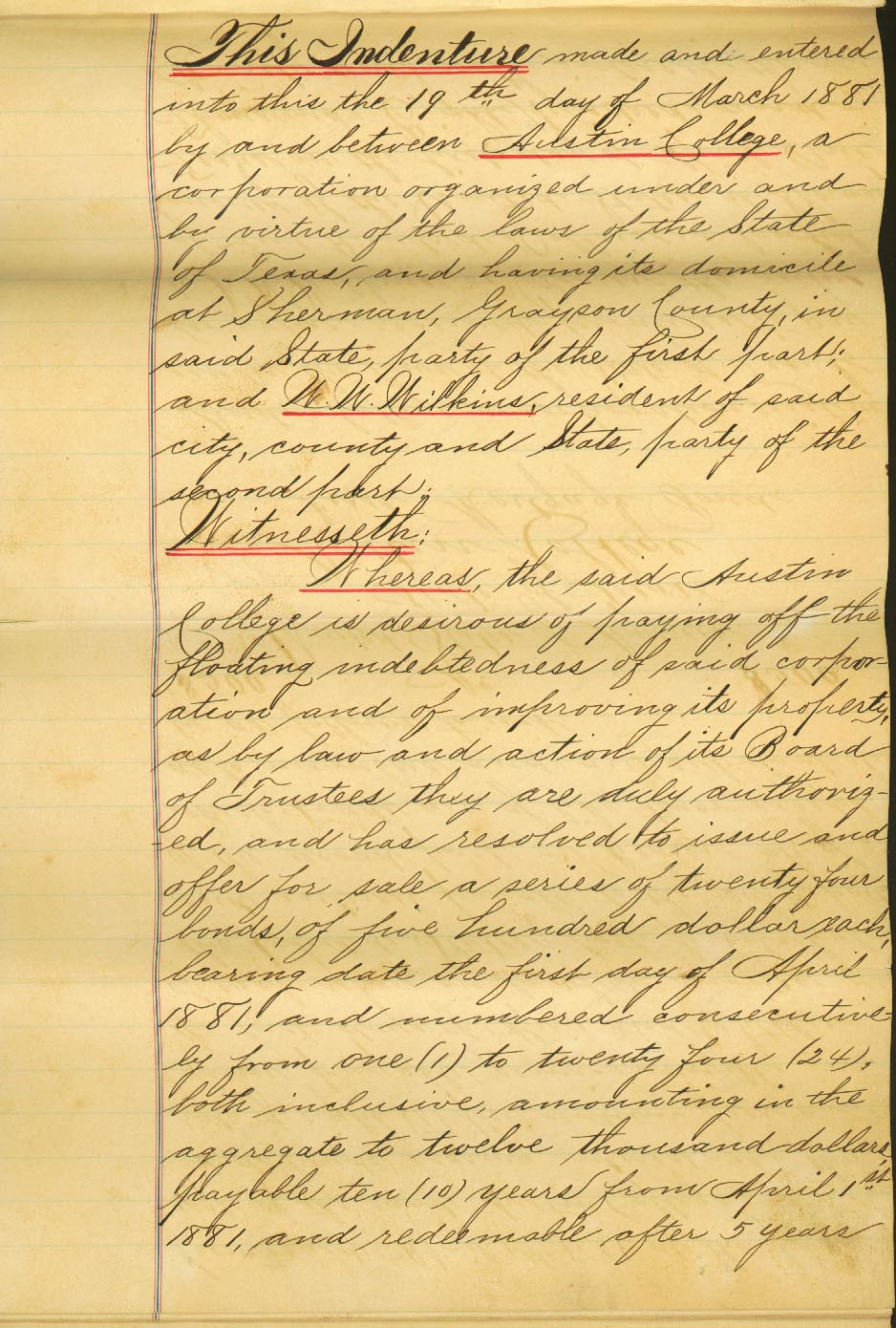 I would call your attention to the building, there are some leaks in the roof, the remedy is to give it a thick coat of cheap paint. There has been no money spent this year in the improvement of the ground. The difficulties that have prevented this, are as follows:

1st The partial condemnation of the president last year, creating a doubt as to how far he would be sustained.

2nd The number of resignations in the Board during the year awakened suspicions in the minds of the people.

3rd The rough & unfair treatment the college received during the discussions at Synod.

4th The acceptance by a member of this Board of a place in the Board of an institution of no higher grade than Austin College.

5th The general indifference of the people & of the professed friends of the college. . . .

Allow me to suggest to the Board that in future the offices of financial agent, President & Treasurer, be not conferred on the same man. . . .

[[Indenture agreement with Hanover Bank, dated 19 March 1881, for the issue and sale of a series of twenty-four mortgage bonds. In his June 1881 report as financial agent, Boude recounted his efforts to sell locally the bonds ordered at the last annual meeting, reporting that he "met with only discouragement and intimations of derangement." He met with more success in New York due to the influence of Rev. W. L. Baker, a relative of Daniel Baker. Acknowledging the dissatisfaction among some board members with his performance, he tendered his resignation.]]