Dr. Moore then offered the following paper which was adopted:

Whereas many of the subscribers to the building fund of Austin College at Sherman, having hitherto failed to comply with their contract and as the Trustees are only bound by Sec. 4 of supplimentary (sic), reading thus: 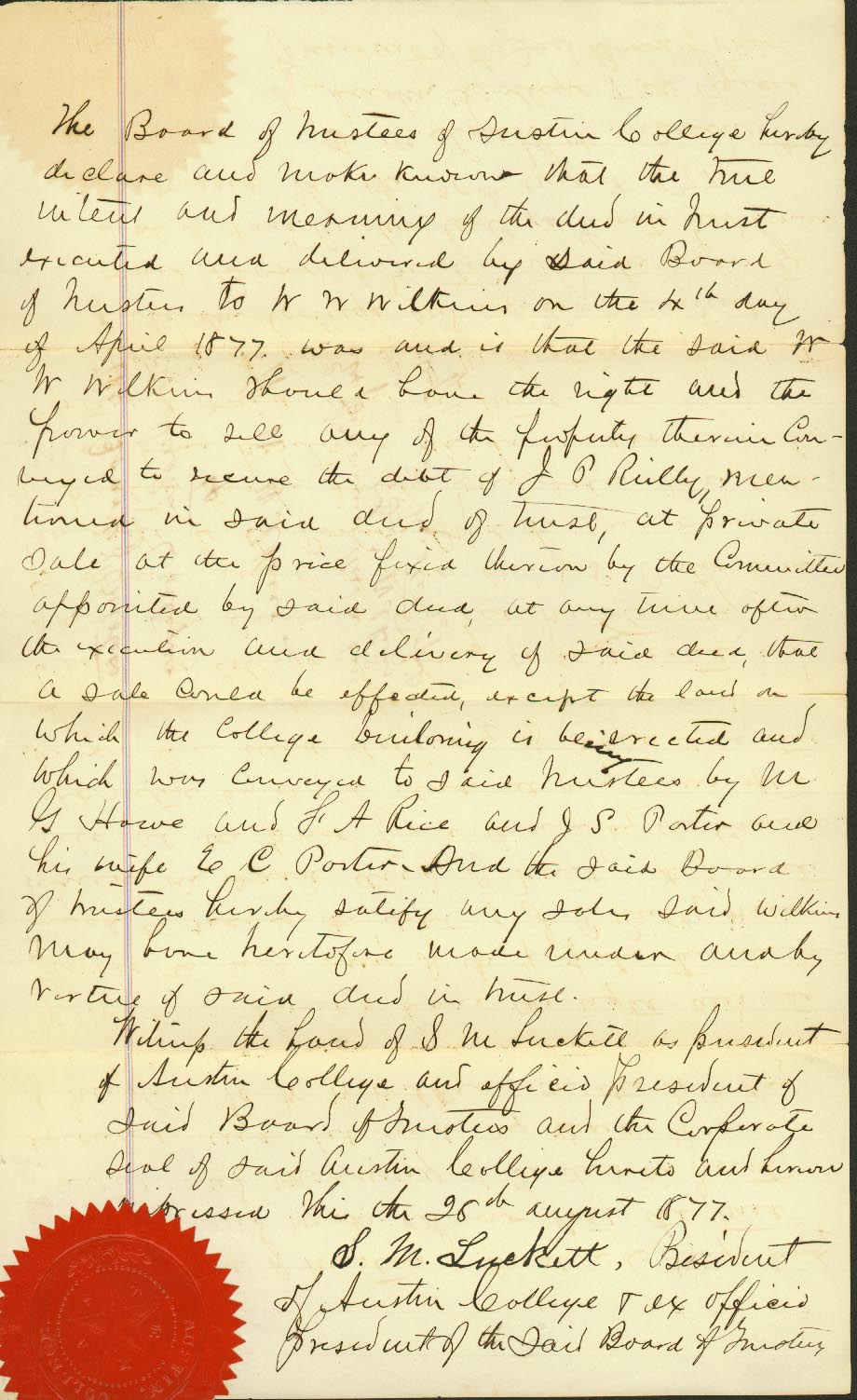 "4" - In no case shall the Trustees of Austin College be required to expend more money on the buildings erected in Sherman or to expend money on the same more rapidly than it is realized by them from the subscriptions received in Sherman and vicinity or other subscriptions hereafter made; but they may at their own option expend as much money as they can spare, from other funds for building purposes.

Whereas we must either build or remove the College, we

Therefore appoint Rev. H. B. Boude to raise enough money from the Sherman subscriptions to pay the debt of Capt. Reilly and that the building committee be requested to enter into contract to finish the building as soon as possible and that he be allowed $150.00 for his services.

[[Affidavit related to Deed of Trust given to W. W. Wilkins for the sale of property to pay debt to J. P. Reilly.]]

T. F. Willis , Esq. was appointed Trustee in place of H. B. Boude, until the meeting of Synod. 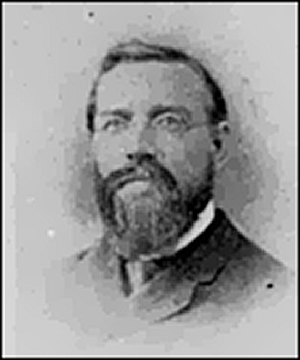 Rev. John S. Moore (First Pres. Sherman) was elected Secretary of the Board.