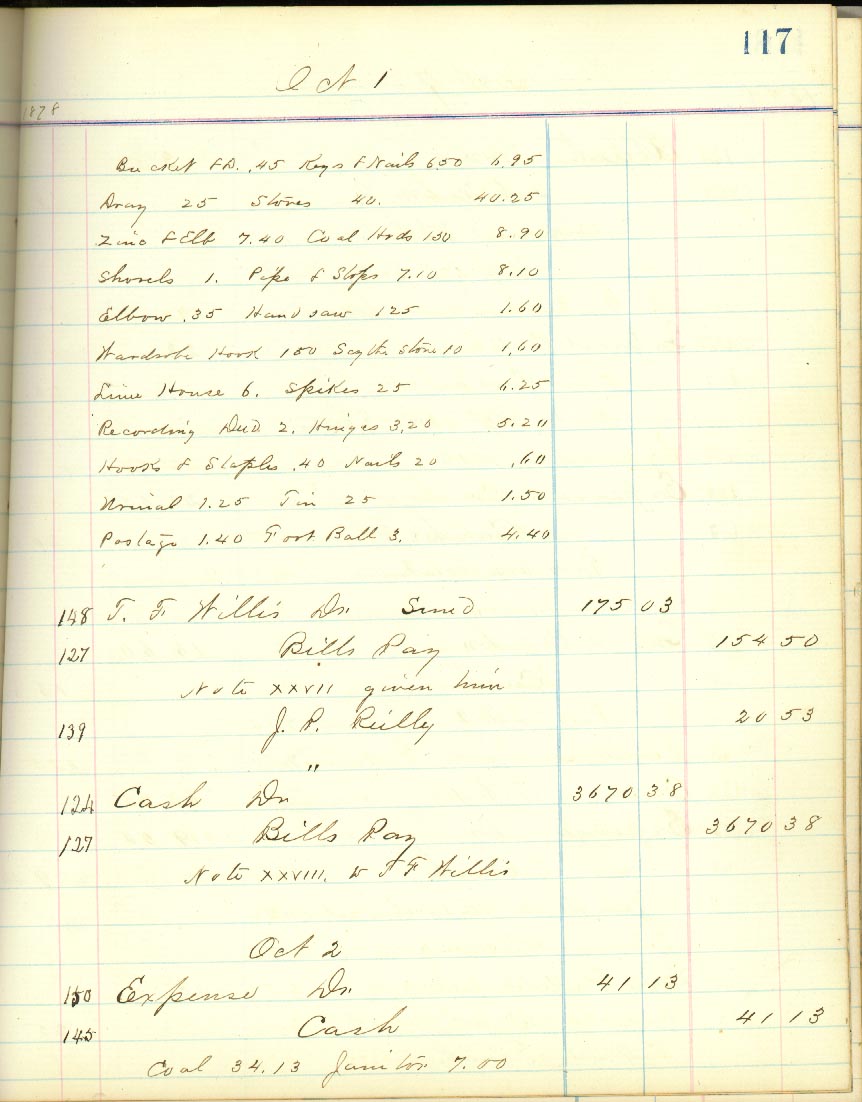 College opened on Sept. 3d, 1878, under circumstances calculated to embarrass all of us; doubtful as to patronage; the building unfurnished; campus open to the world & no provision made for funds by which all this might be done.

As the result of the year’s work I call your attention to our buildings, campus, library, apparatus & museum, and also submit a copy of our annual catalogue & the report of the faculty. Catalog 1878-1879

We have been embarrassed during the year by having no regular boarding house for students from a distance. . . . A party has agreed to put up a boarding house near the N.W. corner of the campus, but has signified her ability to accommodate but a limited number of boarders. I would suggest that five rooms be built in a corner of the campus, cheap, but comfortable, to be rented to students at a distance, also that some means be devised to have the chapel furnished, at the prospect of an increased number of students from a distance.

We must bid for students from abroad, the local patronage cannot be controlled so that a rigid system of discipline may be enforced. . . .

During the session sixty-three (63) students have matriculated, of which number about one-half have remained to attend the final examination.

Extreme backwardness as to advancement and great want of previous mental training, have characterised these matriculates almost without exception. . . .

The most discouraging feature that has been developed in the conduct of the college is the extreme readiness with which boys desert their classes before examinations come off. This custom is to be looked for in new countries like Texas, but a little reflection will convince any one that it has a most demoralising effect on schools, & that before true efficiency can be hoped for, it must be destroyed. . . .

[[The Austin College building in Sherman, completed in 1878]] 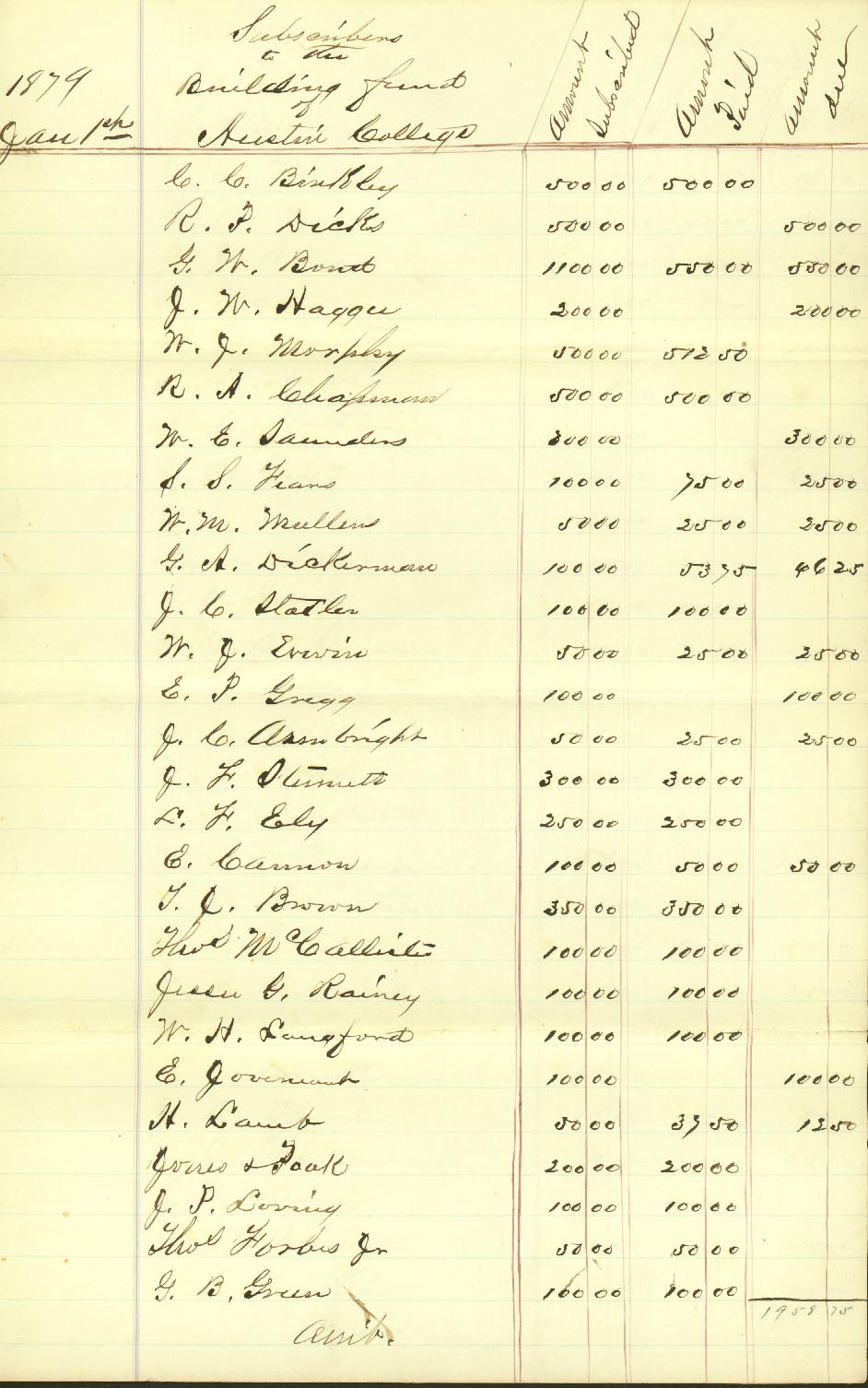